With heartfelt congratulations and a hug, Kulmiye Party and MPs who stood behind the candidate it fielded for the Somaliland House of Representatives (HoR) Speakership conceded victory to the opposition, Tuesday. 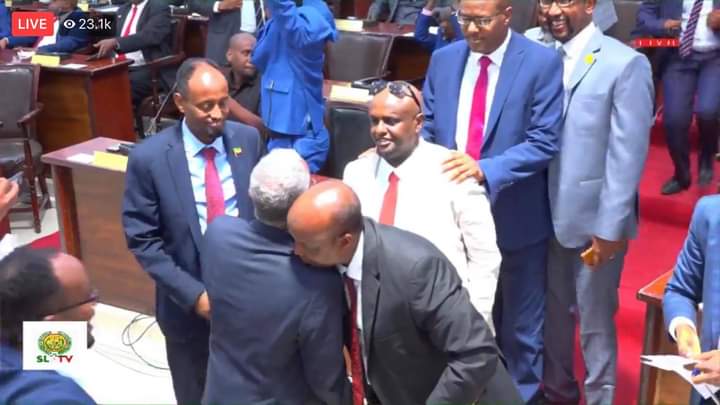 At a much anticipated inaugural session of the newly elected parliament, the House elected Abdirizak Khalif Ahmed of Waddani opposition party the new House Speaker. Saeed Mirreh Farah ‘Girreh’ – formerly of UCID party but who has since then moved to the government camp – became the first Deputy House Speaker where Ali Hamud Jibril of UCID clinched the 2nd Deputy House Speaker position.

For a moment, after the new MPs took the oath of office, the situation heated up as a constitutional gap emerged.

Article 44 (3) of the Constitution of the Republic of Somaliland stipulated that once the MPs took the office the eldest member of the House would call the House to order so to elect the Speaker and Deputies.

This time around, the eldest member present, Professor Yassin Mohamoud Hiir ‘Faratoon’ – the former Minister of Foreign Affairs and International Cooperation – happened to be a candidate for the top position, and the Constitution did not foresee that happenstance.

The situation was saved by the Speaker of the House of Elders, Suleiman Mohamoud Adan, who suggested that, together, the House should come up with an alternative.

The MPs unanimously voiced that the Chief Justice, Adan Haji Ali, who just administered the oath chair the session. He, in turn, proposed that the Elders Speaker and the outgoing HoR Speaker, Bashe Mohamed Farah, help him dispense the conferred duty. The House moved to the next stage of voting on this arrangement.

At the final tally, Abdirizak won by 42 votes, Girreh by 41 and Hamud by 43. Present at the flood today were 81 MPs (the 82nd was presently travelling abroad). 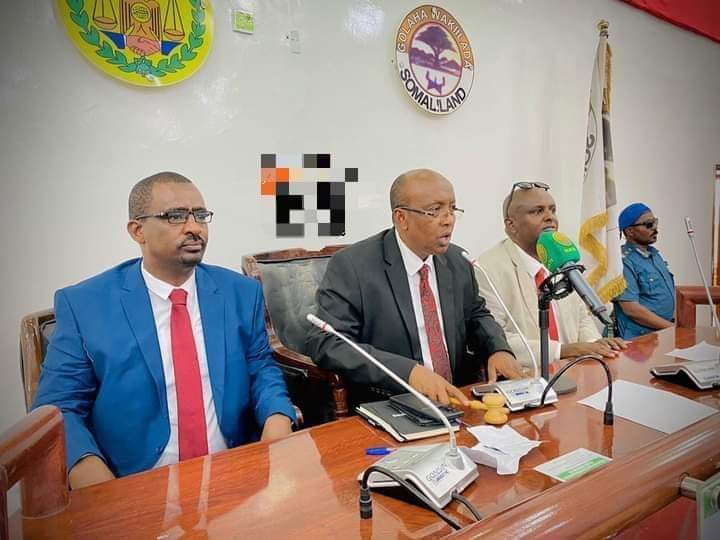 This meant Kulmiye, the ruling party, would have not been represented at the Chairmanship if Girreh who won his seat on an opposition did not allegiance over to it since the announcement of the May 31 election results.

Once the House election was concluded, the contenders embraced and by this a new era, a new parliament was ushered.

“This is another victory round for Somaliland democracy,” His Excellency the President, Musa Bihi Abdi, who received the new leadership along with the three leaders who co-chaired the session and a number of other MPs at his office across the road stated.

“Somaliland has won once again. The new parliament will be working as one for the good of the larger nation and no one party or group can claim victory given the colossal task that lay ahead,” the president added.

President Bihi said, to him, both the successful candidates and the venerable members who conceded defeat, merited his highest esteem and felicitations.

In fact, the unique blend of traditional mechanisms of conflict resolution and modern practices of democracy, has largely contributed to the very existence of the Republic of Somaliland in the face of seemingly insurmountable odds for the past 31 years. 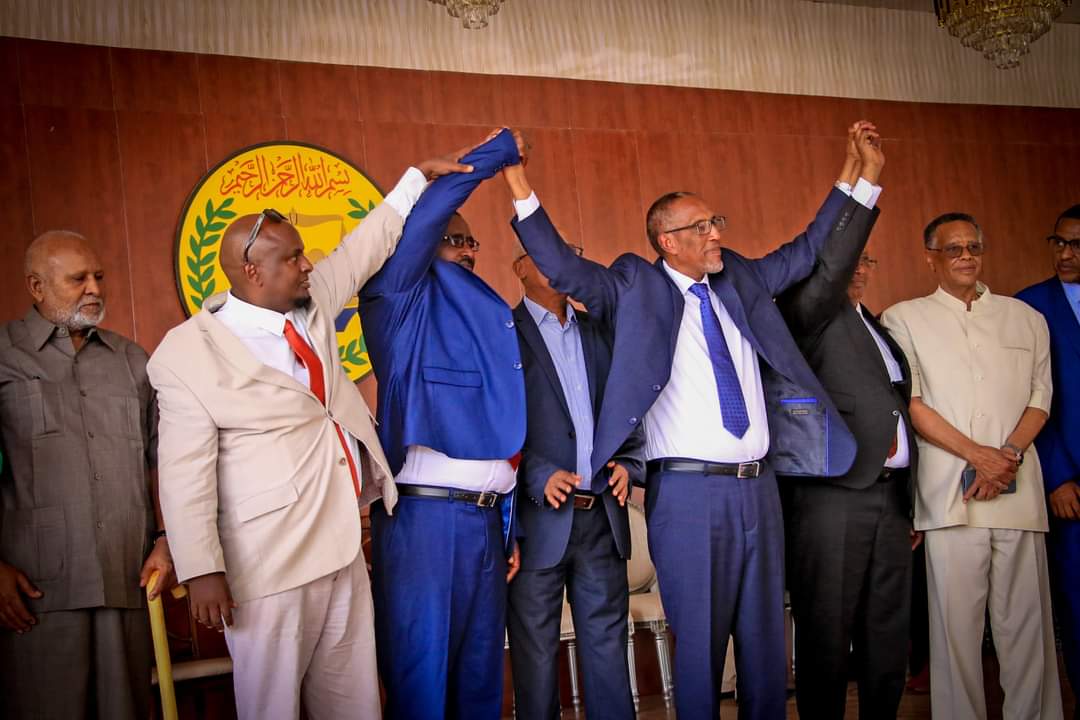