Somalilandsun: It is estimated that 53,000 women, born elsewhere but living in Australia, have undergone female genital mutilation. Experts say the pandemic is increasing rates of FGM around the world.

Nimco Ali was subjected to female genital mutilation at the age of seven in her birth country of Somalia.

“I had a really invasive form of female genital mutilation (FGM) which is called infibulation which is type three and the most common form of FGM in the continent of Africa,” she told Dateline.

FGM is a procedure which involves the removal or partial removal of the external female genitalia or any other injury to female genital organs. FGM can be categorised by four types. 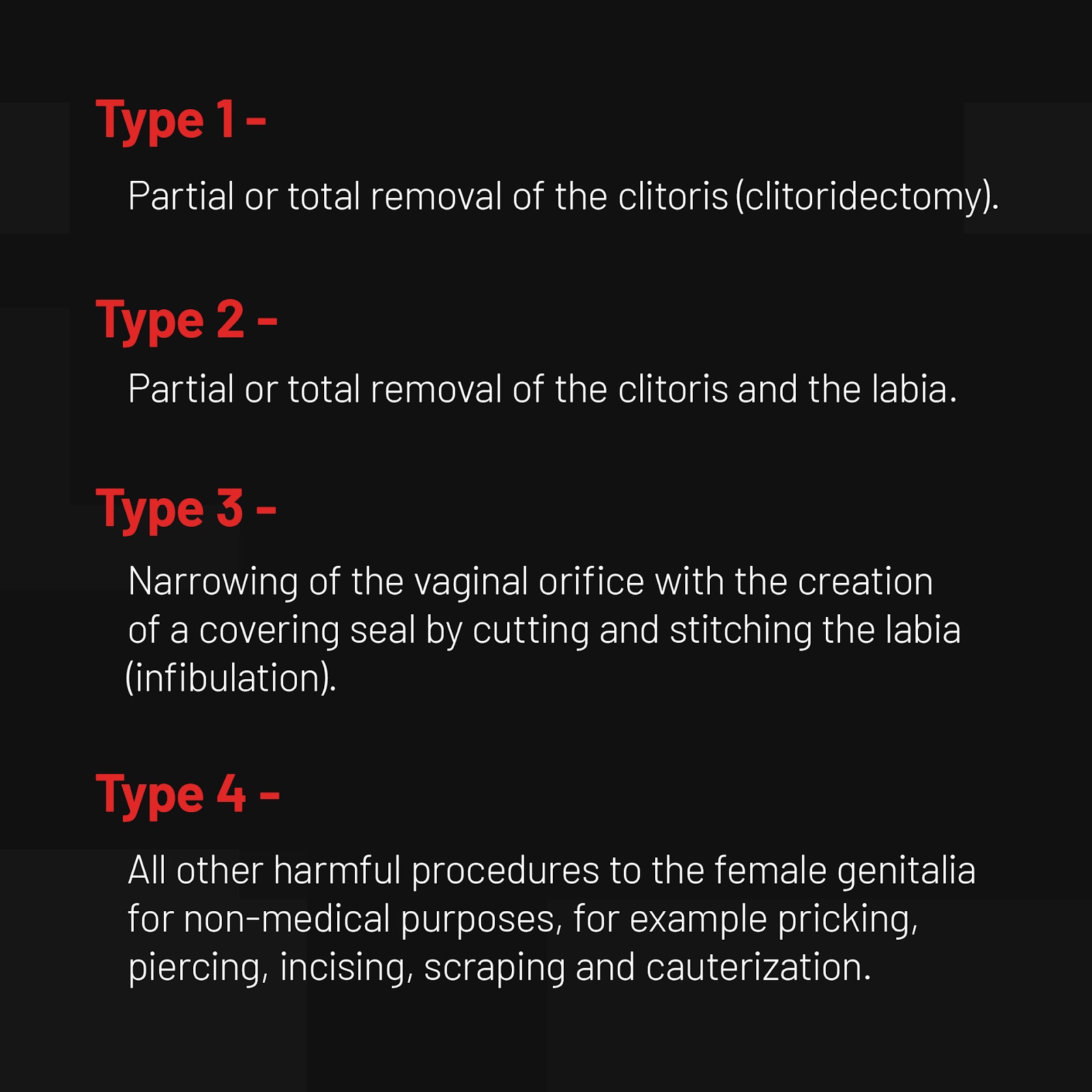 The four types of FGM.
Dateline

“Millions of us die all the time from FGM and nobody knows our names… I could have died having this unnecessary procedure done to me.”

Somalia has the highest percentage of FGM, with around 98 per cent of women and girls having gone through the procedure. FGM is still legal Somalia.

Somalia: Rise of FGM procedures amid the pandemic

Sadia Allin, a survivor of FGM and Plan International’s Head of Mission in Somalia, told Dateline that while girls are being kept home from school during the COVID-19 pandemic, cutters are going from door-to-door offering up their services at higher rates than pre-pandemic times.

“FGM is normally carried out in the school holiday period… but now while girls are forced to stay at home, more are going through the horror of FGM,” she said.

“It is seen as ample time for girls to heal… the economic turndown has also motivated the cutters to resort to the harmful livelihood option.”

The cutters even knocked on Ms Allin’s door, offering to cut her daughters, determined to keep them away from the procedure.

“It was such a horrible experience which actually made me sleepless,” she said.

Ms Allin said local partners and community members have been reporting to Plan International, informing the organisation of the door knockers and confirming a spike in cases.

The United Nations Population Fund has estimated that an additional two million cases of FGM would occur over the next 10 years due to COVID-19.

“I’m talking to the policymakers, how can anyone with a heart and mind allow the continuation of FGM and see it as something that protects girls, it doesn’t protect girls, it’s such a harmful experience,” she said.

All types of FGM are considered forms of “child abuse” by the United Nations, with the World Health Organisation estimating over 200 million girls alive today have gone through the procedure.

The practice has been reported in 30 countries – mainly within Africa, the Middle East, and Asia – with this number estimated to be higher.

Christina Pallitto, a research scientist with the WHO, told Dateline the secrecy of the procedure means more countries may be carrying out the practice, which means the real number of girls subjected to FGM could be much higher.

“It is a global issue, and because of migration and people moving around, we do know these 30 countries are not the entire population of women who have undergone FGM,” she told Dateline.

Ms Pallitto said rates are so high in Somalia because it has become a “social norm”.

“In a family where a lot of the female family members have undergone the practice, it becomes normalised,” she said.

FGM is considered to have no health benefits and instead inflicts lifelong pain and trauma on the victims.

FGM is rather carried out under the belief it suppresses sexual desires, and comes part of social expectations or community pressures, according to Plan International, the charity for girls’ equality.

“Girls are generally cut between the ages of five and 14,” said Ms Pallito.

It can also cause severe bleeding, problems urinating and later cysts, infections as well as complications in childbirth. 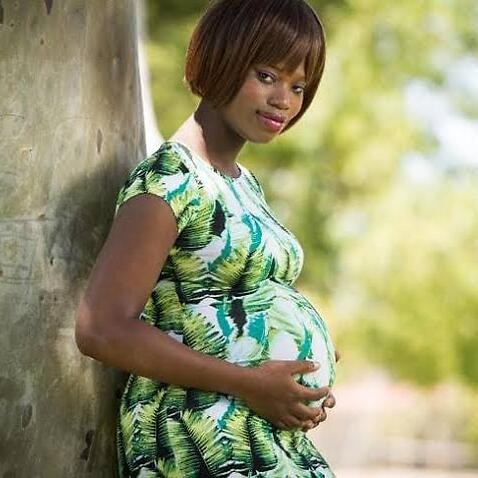 Being so young and unaware of FGM, Ms Ali said all she knew about it was the painful nature of the procedure.

“I was more angry than I was scared, I was confused and hurt I think because FGM really does take away your innocence and your ability to be free of fear,” she said.

It wasn’t long after her experience with FGM that she and her family fled to England – where she continues residing today – following the eruption of the civil war in the early 90s.

It was then she started seeking conclusions to her unanswered questions.

“I was very honest with my teacher, I really wanted some context into what just happened with me,” she said.

Her teacher then proceeded to tell her FGM happens “to girls like you” and that it was inevitably bound to happen sometime during her childhood.

Ms Ali wants people to know FGM is not part of African culture and shouldn’t be considered as such.

“It’s a specific form of violence against women and girls, which kind of can only on a mass be found in certain communities,” she said.

“I don’t have time for the cultural relativism about FGM which I don’t think, I believe is racist.”

“FGM is practised across all cultures, religions and class groups across Australia and across the world,” she said. 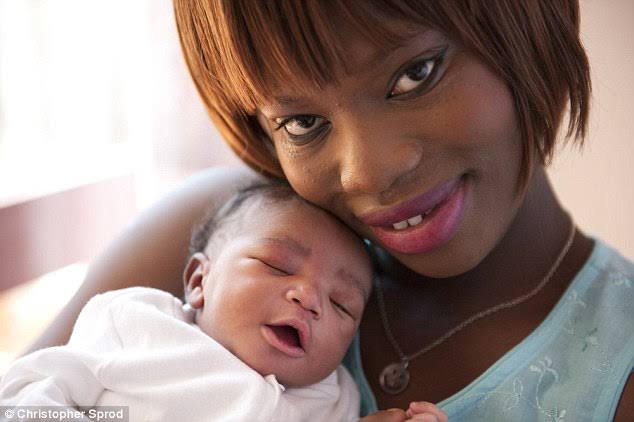 Fortunately Khadija Gbla was able to have a family – not all women who had FGM can do this.
Supplied

“FGM does happen in Australia, FGM is child abuse and it is covered under our child protection laws in every state [and territory],” said Ms Gbla.

According to the Australian Institute of Health and Welfare, it is estimated that 53,000 women, born elsewhere, but living in Australia have undergone female genital mutilation. Ms Gbla predicts 11 girls a day are at risk in Australia.

FGM is illegal in all Australian states and territories and can carry with it 14 years imprisonment.

Ms Gbla said there is “hesitancy” in Australia to address and educate residents about FGM, highlighting that bringing the conversation into the classrooms could be a good place to start.

“People are worried on one end that they’ll be racist and on the other hand assuming it’s our culture,” she said.

Senior lecturer at the Western Sydney University in the school of nursing and midwifery, Dr Olayide Ogunsiji, said FGM is continuing today in Australia and across the globe because “practicing community members don’t see it as child abuse”.

Saudi Woman Discovers she is Male 20 years After Birth-Video

China Sternly Warns US Over Taiwan, as Somaliland Stays Aloof

Cardiff Somali Community Rallies after Catastrophes in Somaliland and Somalia